I remember clearly the summer after my freshmen year of college. I spent the majority of my free time diving into the worlds of contemporary science and philosophy looking for absolute, irrefutable proof that God was real. I figured that one way or the other, whether God was real or not, I would be able to prove it if I did enough research.

My search turned out to be a very disappointing one. Scientifically, I learned how little we actually know about all kind of topics, especially those as mysterious as, for instance, the beginning of the universe. Philosophically, I learned, for instance, that I couldn’t even “prove” that my memories had actually happened, or that anyone or anything real existed outside of my own head.

“Proving” that God existed in a strict, mathematical kind of way was out of the question.

But I have learned from extensive research that contemporary science frequently does point to God. In fact, even though most scientists have definitively decided for themselves that there is no God, they continue to uncover Him on piece at a time.

Thus, contemporary scientists recognize that the universe has an outside cause, full of meaningful information, which in all probability results from intelligence and not randomness, and which contains or directly results in consciousness

They may not admit it; they may not even realize it. But they are uncovering God, despite their best efforts, one piece at a time. 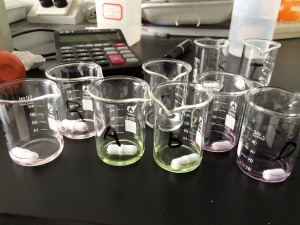